Day 18: Getting Back on Track 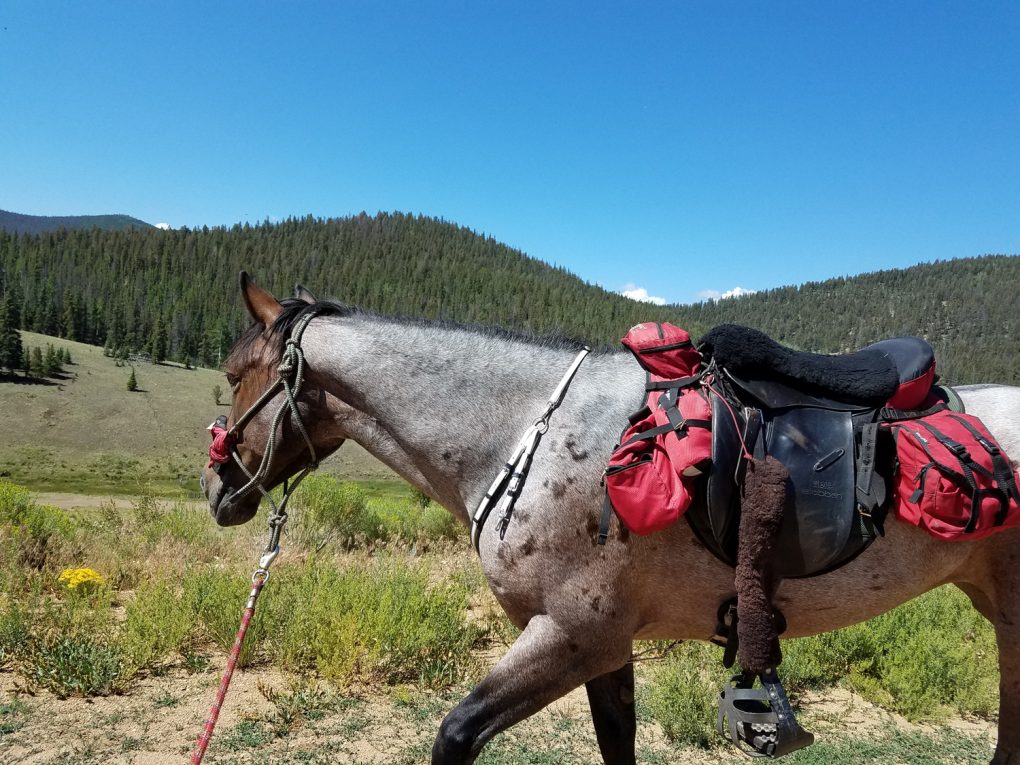 Yesterday ended with a bit of confusion. Though we found a great place to camp at, the mileage and the location we ended up at did not add up. We were still unsure about if we were on the actual Colorado Trail or not.

According to the databook, there was a cattle guard with a gate next to it that we should have passed before reaching our final destination last night, but we never came across it. I had hiked a little further down the road last night and found a cattle guard up ahead, so we decided that this morning we would head toward that one. We were not 100% sure if we were heading in the right direction, but the GPS was saying we were near the trail.

So off we went. After about twenty minutes of walking, we reached an area with cell service. Texts starting coming in from our concerned parents. We have been carrying a SPOT tracker, which sends out our location for our parents to track us on trail. They had realized we were off trail when we stopped yesterday evening, but none of their messages had gotten to us. Thankfully, Annie had turned on her phone.

It confirmed that yes, we were definitely heading the wrong direction! We now had about three more miles before we got back to the Colorado Trail where we took the wrong turn. There is not much to do when the mistake has already been made. You can’t get in your head about it – it happened and now it’s time to get back to the trail! So we got in touch with parents and told them we were okay and turned back around.

There were A LOT of cows pastured in this area in the three miles back to the actual trail, and they were not amused that we were disturbing them this early in the morning. The cows started moving ahead of us and were getting a bit stressed about our riding group. Eventually, I rode Makani up to the front to cut off the bull that was leading the cows away from us directly on the road we were trying to ride down. The pulled off and we were able to pass them.

One bonus to getting off trail (though I missed the bear from the day before), we saw a moose that morning for the first time on trail!

Eventually, we made it back to where we made the wrong turn and finished off the remaining miles of Segment 17 and made our way into Segment 18. Our end goal for today was Saguache Park Road at the end of Segment 18.

Segment 18 of the Colorado Trail is 13.8 miles long. This segment is known to be a dry segment, but we were lucky that there was some water on the trail to water the horses. Overall, the terrain on this trail is good, but it was a very hot day! The trail is open with very little shade.

After many hours in the heat, trail magic appeared just in a time we needed some inspiration. Trail Angel, Apple, was set up in the middle of nowhere with sodas and donuts. This little oasis in this hot segment was uplifting to see! We were so thankful for Apple. He told us that each year he has been going on a long distance trail as a Trail Angel setting up with refreshments for those on trail. We said a million thank yous before we headed down the trail to finish up the last few miles of the segment.

Annie’s parents were at the end of the segment waiting for us. We were all happy to see them! The water source at the end of this segment is not the most reliable, but we were able to find a little stream. We set up camp and the horses had all afternoon to graze.

Our total mileage for the day ended up being around 20 miles. Tomorrow, we have just about 14 miles to ride. It will also be the last day Annie’s parents will resupply for us before they head back to Texas. They have helped us so much the past week. We are definitely lucky to have such great support.

PrevPreviousDay 17: Did We Get Lost AGAIN?
NextDay 19: A Colorado Trail Love StoryNext