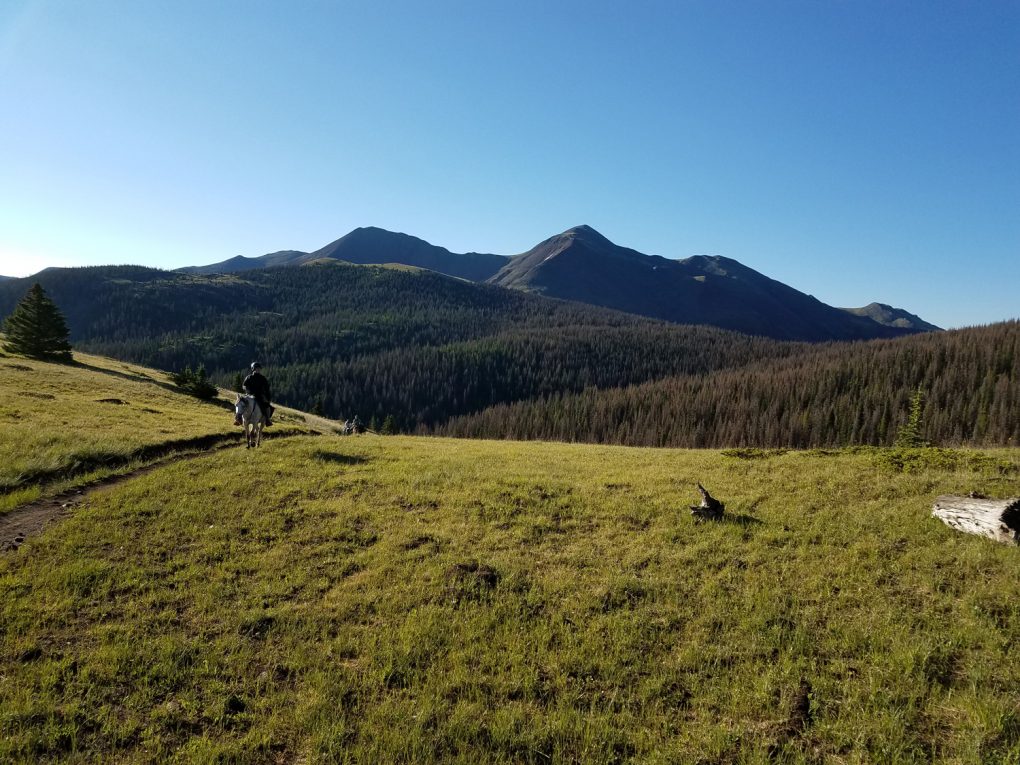 This morning our goal for the day was to ride more than 20 miles from Baldy Lake in Segment 17 to the end of Segment 18… but plans change.

Devan’s father had gotten in touch with us to ask us to please SLOW down. He was coming to Colorado soon to support us for the end of our ride, and the mileage we were covering each day was getting us a little bit ahead of schedule. We had no arguments for slowing down and covering less mileage per day. In fact, we were all 100% okay with it. Shorter days meant we could take things easy, rest the horses and take in the beauty of the Colorado Trail

So, instead of riding more than 20 miles today, we chose to ride a 10 mile day nearing the end of Segment 17 of the Colorado Trail.

Are We Lost Again?

I have said this before back when our group missed a turn at an intersection back on Day 8. The whole Colorado Trail is really well marked! Really, really well marked, and the official pocket-sized Databook is very helpful in navigating this trail. But there are times when you are traveling miles and miles each day that your mind just drifts. I guess today was one of those days.

The area we wanted to stop and camp at was near the Lujan Creek. According to the maps and databook, we would first come across the seasonal headwaters of Lujan Creek. We would not come to this creek until over a mile or so after passing through a gate next to a cattle guard. But (we now know) we took a wrong turn at Lujan Creed Road, which we mistook as a jeep road that was mentioned in the databook.

Though, we were not traveling that long down this road when I noticed that there was a creek to the right of us. Now, some water sources were not mentioned in our databooks, but most of the ones we came across that weren’t mentioned were just small seasonal streams. This looked like a real, reliable source of water, and we were now traveling parallel to it. I mentioned my concerns that there is no way we should have a creek to the right of us because we had not passed the cattle guard yet, but no one seem as concerned.

There was no way that this creek was Lujan Creek, and I knew that. Maybe, I should have put up a bit more of an argument, but it was a hot day, and I was tired. I did not have an ounce of confrontation in me today. If we didn’t come up to a cattle guard within two miles, it should be good enough proof that something was definitely wrong. So down the trail we continued until it was obvious we had gone past two miles.

We took a break and started discussing what we wanted to do. We really did not want to backtrack when the place we had stopped at was the perfect campground. We all agreed that we might as well set up camp and take a look at the maps and GPS. I then decided I would continue down the trail by myself on foot to see if I could find a this missing cattle guard. I left Makani with the group and off I went.

It took some time, but eventually I did come across a cattle guard (the wrong cattle guard, by the way). The mileage was way off, though! We honestly were not sure where we had gone wrong, but camp was set up by the time I had gotten back and we called it a day.

I was a bit sad that I did miss seeing a bear! The bear come close to our camp while I was away.

Anyways, Devan took a look at the GPS and it said we were close to the trail, but the mileage was all off…

We will see in the morning, I guess.

PrevPreviousDay 16: Camping at Baldy Lake
NextDay 18: Getting Back on TrackNext 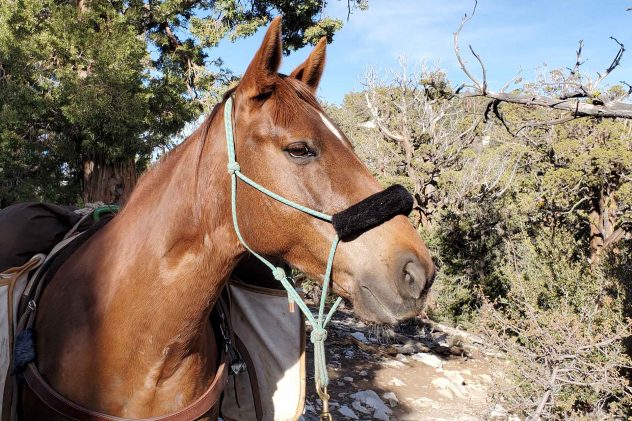