Day 15: Back on the Continental Divide 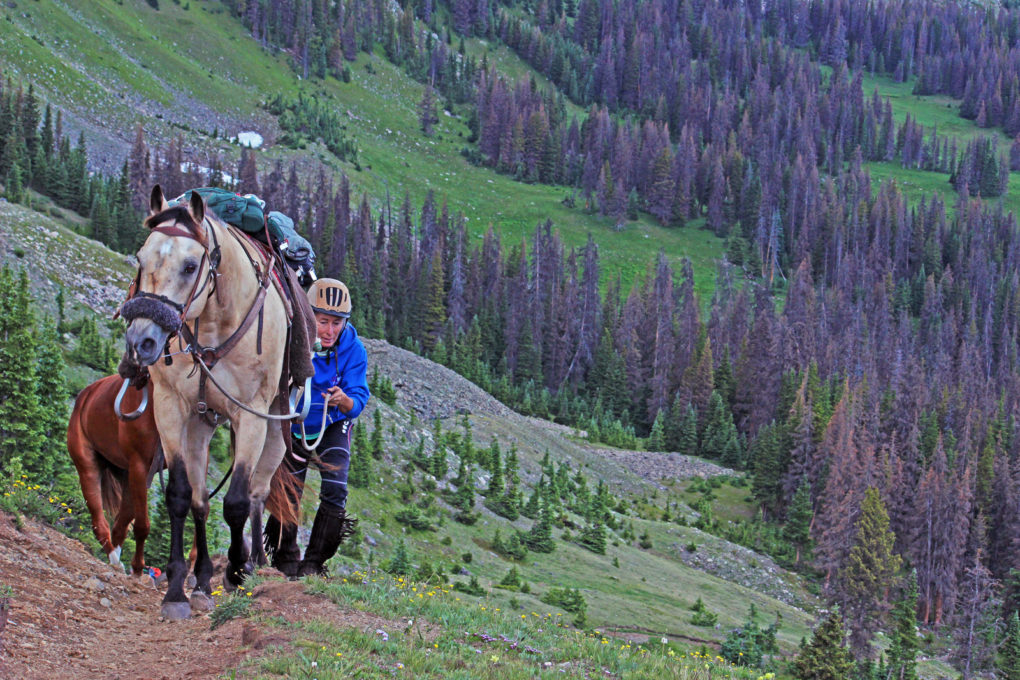 This morning the farrier came out at 5:30 AM to put new shoes on Zeus, Sam, and Fireball. We were going to head out on trail once the horses were done getting shod. While we were waiting for the horses to be done, we drove out to a gas station to buy some hot chocolate and coffee. It was about 9:00 AM by the time we were saddled and ready to head out on trail.

Segment 15 of the Colorado Trail is 14.3 miles, but today the plan was to ride only 13.5 miles to the Hutchinson & Burnett Cabin. This was a short day for us, but we did not want to be out on trail for too long especially since we had a later start than normal. Since we were going to meet Annie’s parents at the end of the day, we did not have to carry extra supplies. Our pack horse (which was Fireball today) was even able to go today without his packs.

This segment has a long climb that takes you up about 3,000 ft climb over 8.5 miles. The first few miles of the segment is right next to Fooses Creek. It was absolutely beautiful even when we left the creek and continued up the trail.

The majority of the climb up was not that bad except for the last half mile where the trail became really steep! We all led our horses up this last steep section. It is one of the steepest grades on the whole Colorado Trail!

We stopped for a bit to catch our breaths, enjoy the view and take some pictures. But there were some clouds rolling in, so we decided it was time to keep on going down the trail.

This segment was one of my favorites! Though it was a very difficult segment, it was very beautiful!

We ended the day at the Hutchinson & Burnett Cabin. This 1930’s cabin served as a shelter for ranch hands. Annie’s parents were there waiting for us.

There was plenty of grazing for the horses! Inside the cabin, there were a few cots and a log that we signed. Everyone on the team, except me… thought the cabin was a great place to sleep in that night. That is what it is there for, I thought it would be more comfy to sleep in one of the tents still.

We left some of the horses off the highline tonight since the grazing was so good. I slept in the tent while everyone else settled down in the cabin. It rained that night, but I was happy in my tent. 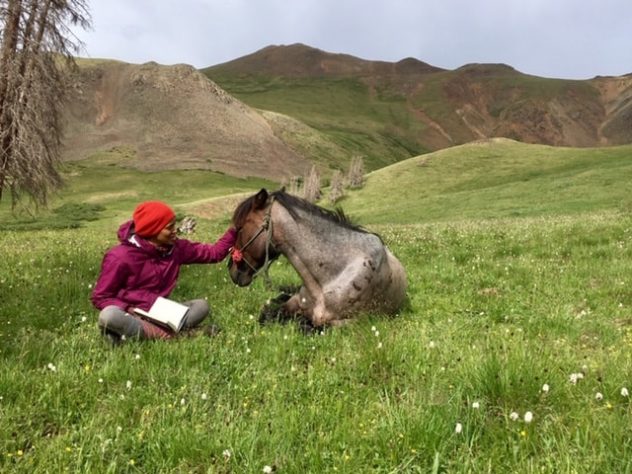 I Pulled My Horse Off Trail